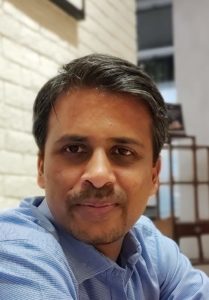 Namaste,
I Kapil Naik the writer of the articles welcome you to my web page. I present myself as a young citizen of Independent India. This is the only identity I would want readers to keep in mind when they read my articles as I do not wish my social, economical, religious, educational and linguistic status be linked to my views.
More

(This article is no way intended to support Mr Modi as a PM candidate.  However it tries to uncover the dual yardstick of justice which writer URA carries.)

Why it is important to write on U R Ananthamurthy (URA)? And that too on kapilnaik.com which is a political blog and URA belongs to the world of literature.

Well for readers of this blog who have not followed Kannada literature, let me give very brief introduction of URA. He is the winner of Jnanpith Award – India’s highest award in literature. He is also a recipient of Padma Bhushan. He is by no means an ordinary Indian.  Certainly to many in India he is an intellectual of very high standards.

But then it is the hypocrisy in his political opinions and actions which make me write this article on him.

Recently at a literary function in Bangalore, Mr URA said – “I don’t want to live in a world where Modi is Prime Minister.” ……… Oh really Mr URA?

Let me get some of the historical facts about URA out of bag for the readers. He holds a PHD from England – a country which ruled India for 150 years.  A country which destroyed India’s wealth, self respect and honour rendering us to have mentalities that of a slave. Good Enough. Nothing wrong in this. But is not a hypocrisy that getting a PHD from England (which ruled India) is acceptable to URA but not staying in India with Modi as PM. Further why Mr URA did not give his PHD back to Burmingham University after England attacked Iraq for supposedly having WMD. They have still not found WMD. May be URA can help them to find one.

This is just one piece of his hypocrisy. Let me strip his burqa of hypocrisy apart further.

According to news published in ‘THE HINDU’ on 16th March 2004, he was ready to contest Loksabha Election from South Banglore with support from congress.  Surprised I am, he was ready to fight the election with support from a party directly linked with – 1984 anti Sikh riot and emergency of 1975. But he cannot stay in a country where Mr Modi is PM.  Can URA plz care to explain these double yardsticks of justice?

What I find is URA is not consistent in his thinking.  He is not impartial as a writer. As a writer he is expected to think logically for establishment of Justice. His idea of justice is influenced by his ideology which makes him no different from BJP or Sangh Pariwar. If one has to distance himself, one should distance from 1984 riots , Godhra Train Burning and 2002 riots as all the events are really equally unfortunate to have taken place in history of India.

I don’t wish at that the intellectual like him should leave this country which is already depleted with intellectuals. He can really be a driver for change in India provided he does what he can do best – Create finest literature. But I don’t think he has proved himself to be a balanced opinion maker in politics of India.

But if he insists on leaving this country, I have a request to him. Let us know where he wants to go.  Western countries where capitalist war mongers rule. Europe which made colonies all over the world or how about Middle East where you would need a microscope to find the democracy. I guess for him the best country to be in is Pakistan. Because only staying in Pakistan will make him realize that Hindu is the most tolerant religion closest to humanity and Savarkar was not a divisive figure but an icon of nationalism.

And he will also realize if anywhere in the world, the interests of the minorities are best safe guarded, it is in Hindu India – even with Modi as PM. And I am proud of this fact.

How about this selection for Mr URA? As I write this article I have just come across news of an Indian getting shot in Kenya in a mall for failing to answer question on Islam. I am hearing an announcement – This is final boarding call to Mr URA for a flight to Kenya. Plz proceed for boarding.

(This article is no way intended to support Modi as PM candidate.  However it tries to uncover the dual yardstick of justice which URA carries.)

Note:  Any correction to distortion of the facts is most welcome.

2 thoughts on “Hypocrisy of U R Ananthamurthy”

This site uses Akismet to reduce spam. Learn how your comment data is processed.